Despite serious progress and application of various materials in the sphere of solar power, silicon still remains to the main «a construction material» for solar batteries. For this purpose use two main types of silicon for production of a solar element: 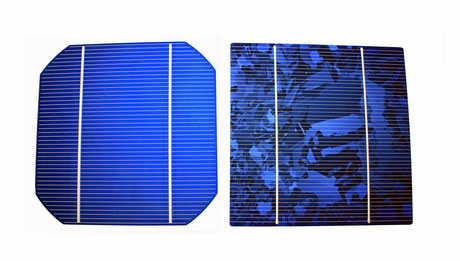 First of all solar elements from weed and mono silicon differ appearance. At single-crystal elements corners are rounded and a surface homogeneous. It is connected with features of production of crystals which have a cylindrical form after cultivation process on a method Chokhralsky. The uniform crystal with homogeneous color thus turns out.

In turn, molding process at which turns out a polycrystalline element technologically more simply and consequently there is a possibility at once to receive rectangular preparations. And the non-uniform invoice of plates specifies that the element consists of a set of crystals of silicon with impurity.

Single-crystal elements and according to the panel on their basis have today the highest efficiency — to 22 % among serial models. For solar batteries of polycrystalline photo cells of efficiency will make to 18 %. Thanks to these parameters we can tell, what 1 m? the single-crystal solar battery it will be capable to generate 190 W and 1 m? the polycrystalline battery – 180 W.

Battery cost from single-crystal photo cells is a little higher counting on a power unit made by the panel. It is connected with more expensive process of production and application of silicon of high extent of cleaning. However this distinction slightly also averages no more than 15 %. 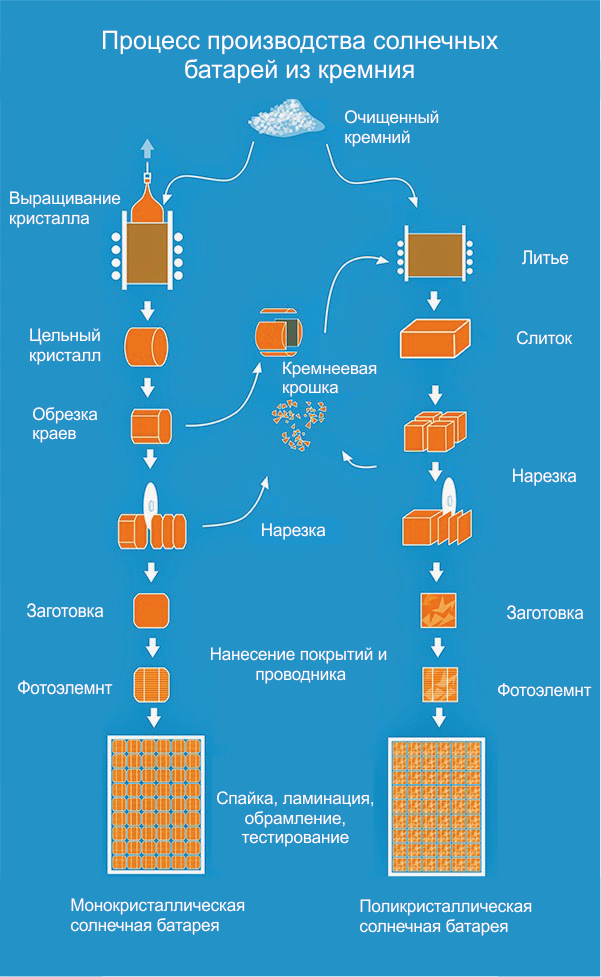