The thermal pump is a device of transfer of thermal energy from a source with low temperature to the consumer with more high temperature. 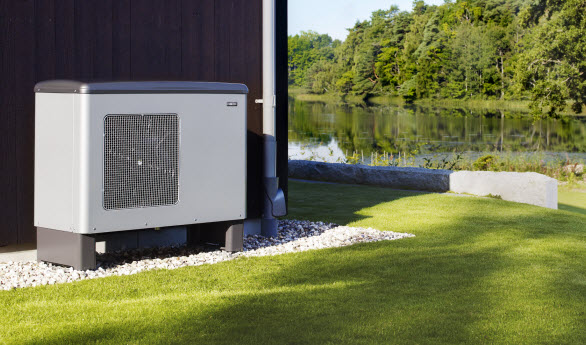 The principle of operation of the thermal pump is based on all the well-known physical phenomena upon phase transition gas – liquid:

The thermal pump consists of the following basic elements: the compressor, the condenser, the evaporator, a throttle (a channel regulator) and a pipeline contour in which the coolant (freon) circulates. 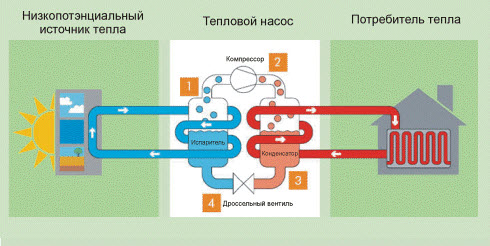 The coolant being in a liquid phase is pressed through through a throttle regulator of a channel and arrives in the evaporator, this process is accompanied by freon pressure decline. In the evaporator, in the course of heat exchange with environment (for the air thermal pump environment – air, soil – the heat-carrier, water – water) occurs process of heating of freon at which it changes the phase condition. On an exit from the evaporator a coolant to be in a gaseous phase. Further it arrives in the compressor in which there is a compression. In the course of compression, pressure of a coolant raises, it is accompanied by simultaneous increase of its temperature. After the compressor, freon arrives in the condenser which is the heatgiving knot of the thermal pump. In it freon is condensed and cooled. As it was described earlier – process of condensation is accompanied by plentiful allocation of heat. This heat is transferred to system of a water/air contour. On an exit from the condenser freon is in a liquid phase and arrives on the throttle device. Process occurs cyclically.

Air, soil, rocky breed, the lake can be a power source for the thermal pump. It can be the river, the sea, an exit of warm air from system of ventilation or any industrial equipment. Main types of thermal pumps: soil thermal pump, air thermal pump, thermal pump water-water. 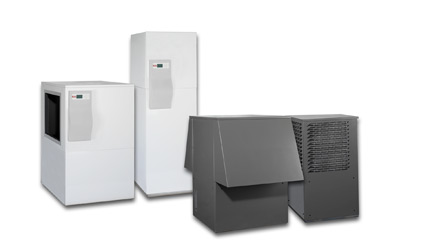 The main advantage of the thermal pump is profitability: for transfer to system of heating of 1 kW · h of thermal energy only 0,2-0,35 kW · are necessary to spend h of the electric power. As level of fire danger of rather liquid-fuel heating systems decreases. Besides CO2 emissions in environment decrease to a minimum. One more advantage is universality: the thermal pump can will be switched from a heating mode to a conditioning mode during the summer period.